This in folio-Bible is one of the most impressive and beautiful editions of the Plantin Press, according to Voet. Plantin started working on this bible - known as the revised Louvain Bible of 1547 - as early as 1580. It was the result of a rather curious publishing-adventure: realized with the financial help of the Spanish King at a moment when Plantin was considered by many to be a follower of the rebels. With the 'Notationes in Sacra Biblia' by Franciscus Lucas at the end which were finished in 1579. No expense was spared in the production: 94 copper plates were added requiring two different printing presses. 36 plates were specially made for this edition. For the map of the world by Benito Arias Montano, see Shirley, Mapping of the world, 125 (2nd state). ; Voet I, 690; Ruelens & De Backer, p. 252 (mentioning 86 engr.); Adams, B-1089; Darlow & Moule, 6173 (note); Machiels, B-428; not in Lateinische Bibeldrucke 1454-2001 (only 8vo edition!); Poortman, Kaarten in Bijbels, p. 72-6; only 1 copy in NCC. Fine copy of a rare Bible, beautifully illustrated, and very rare in this condition. 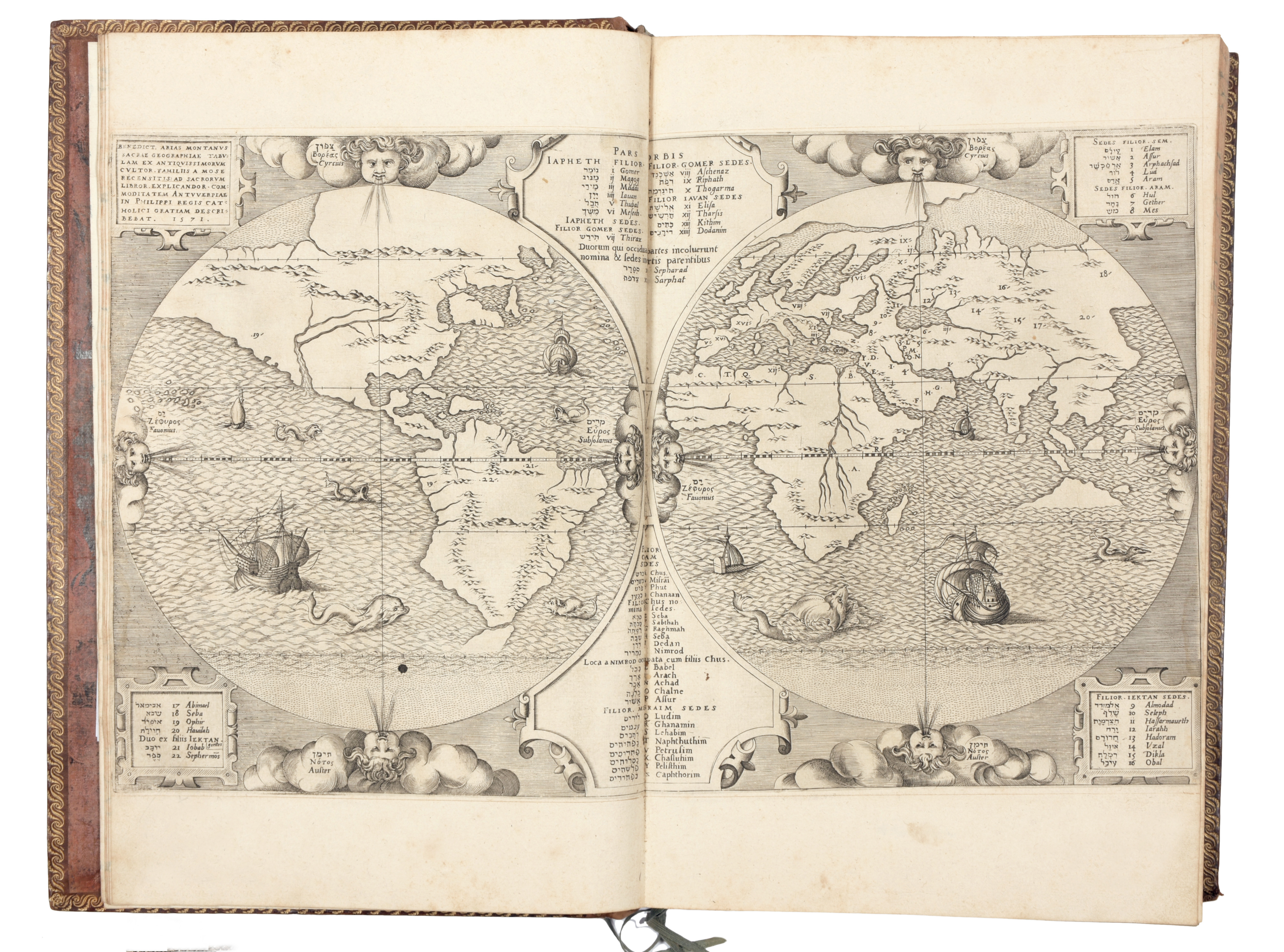 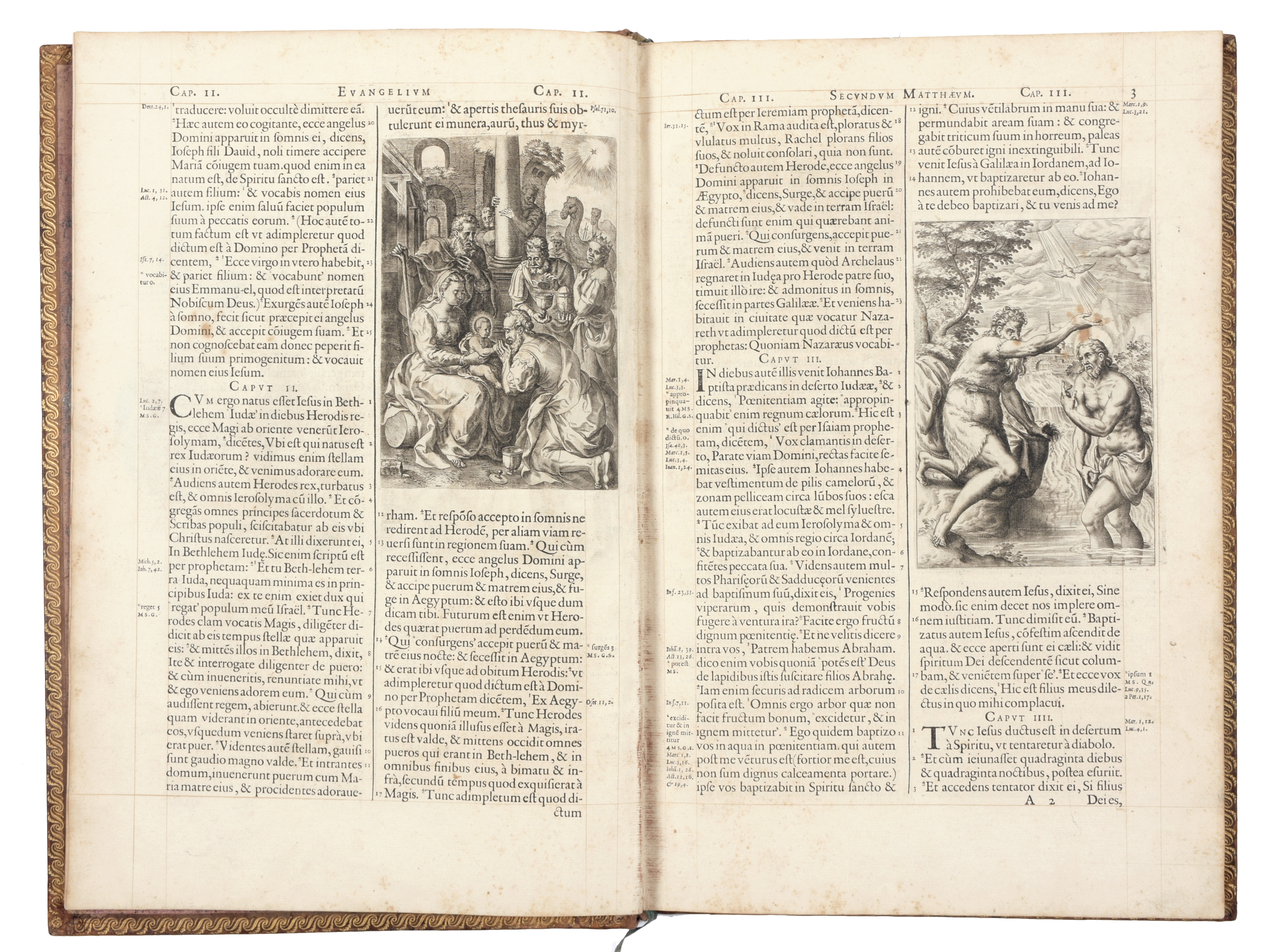 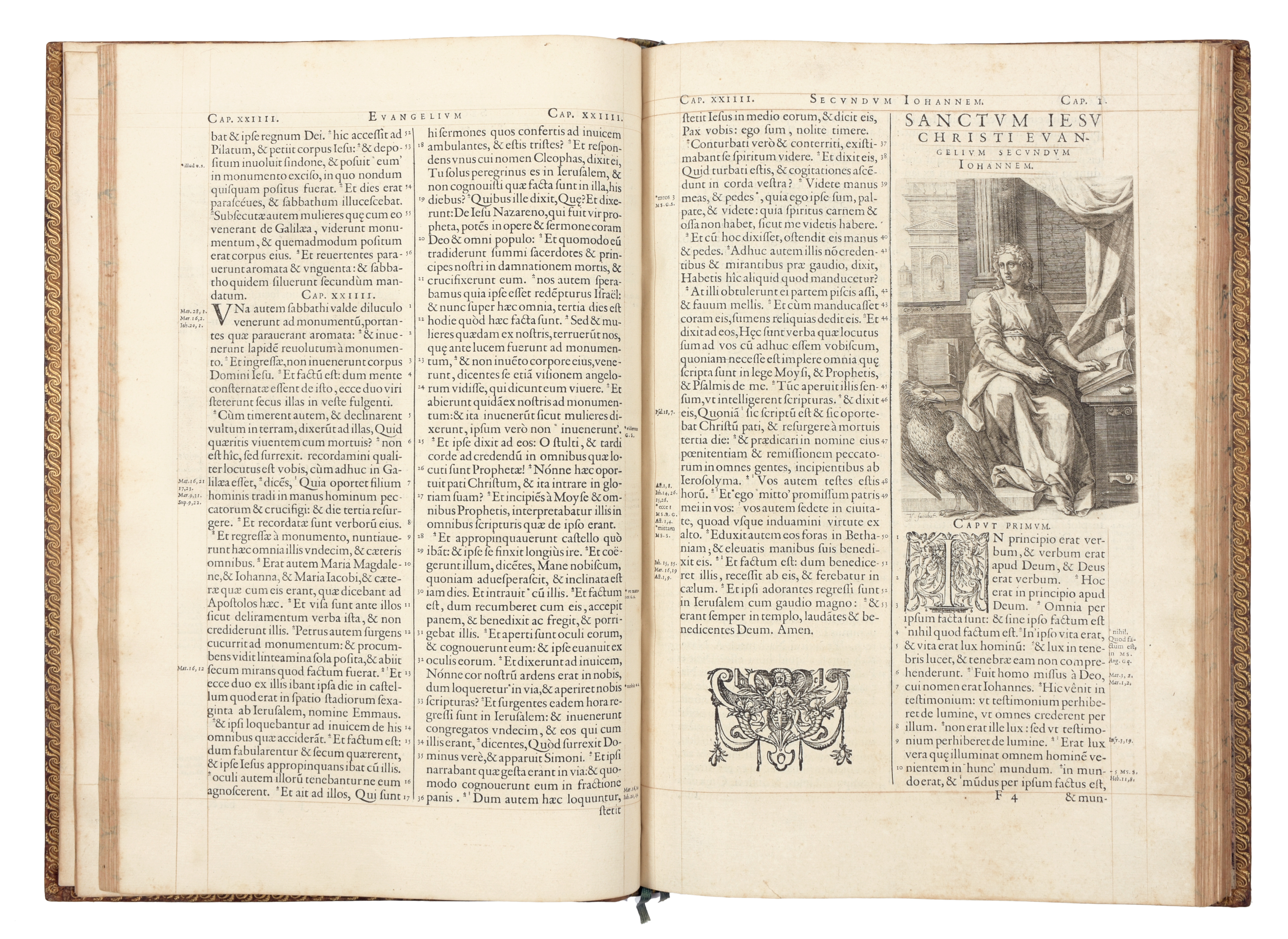 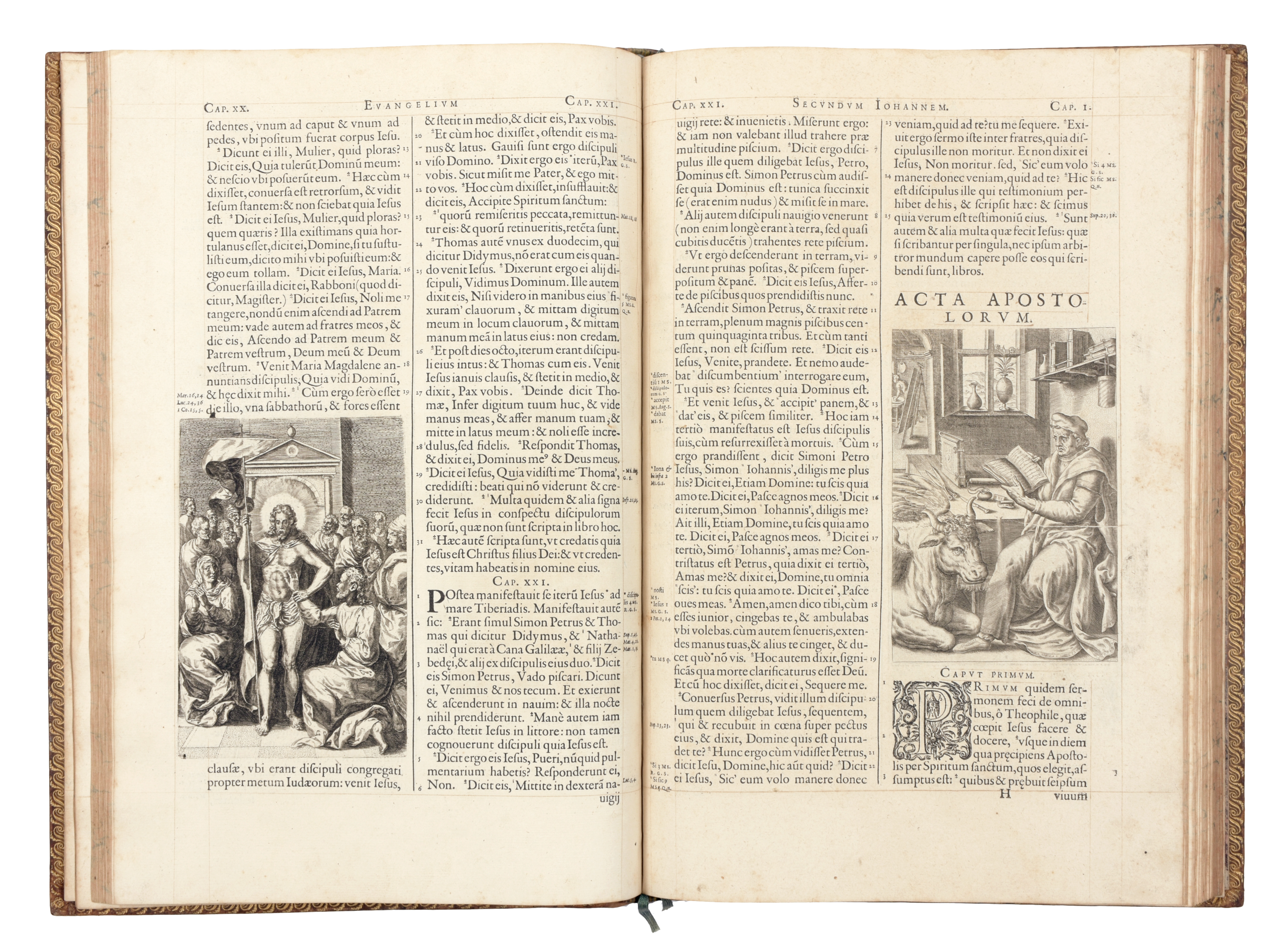 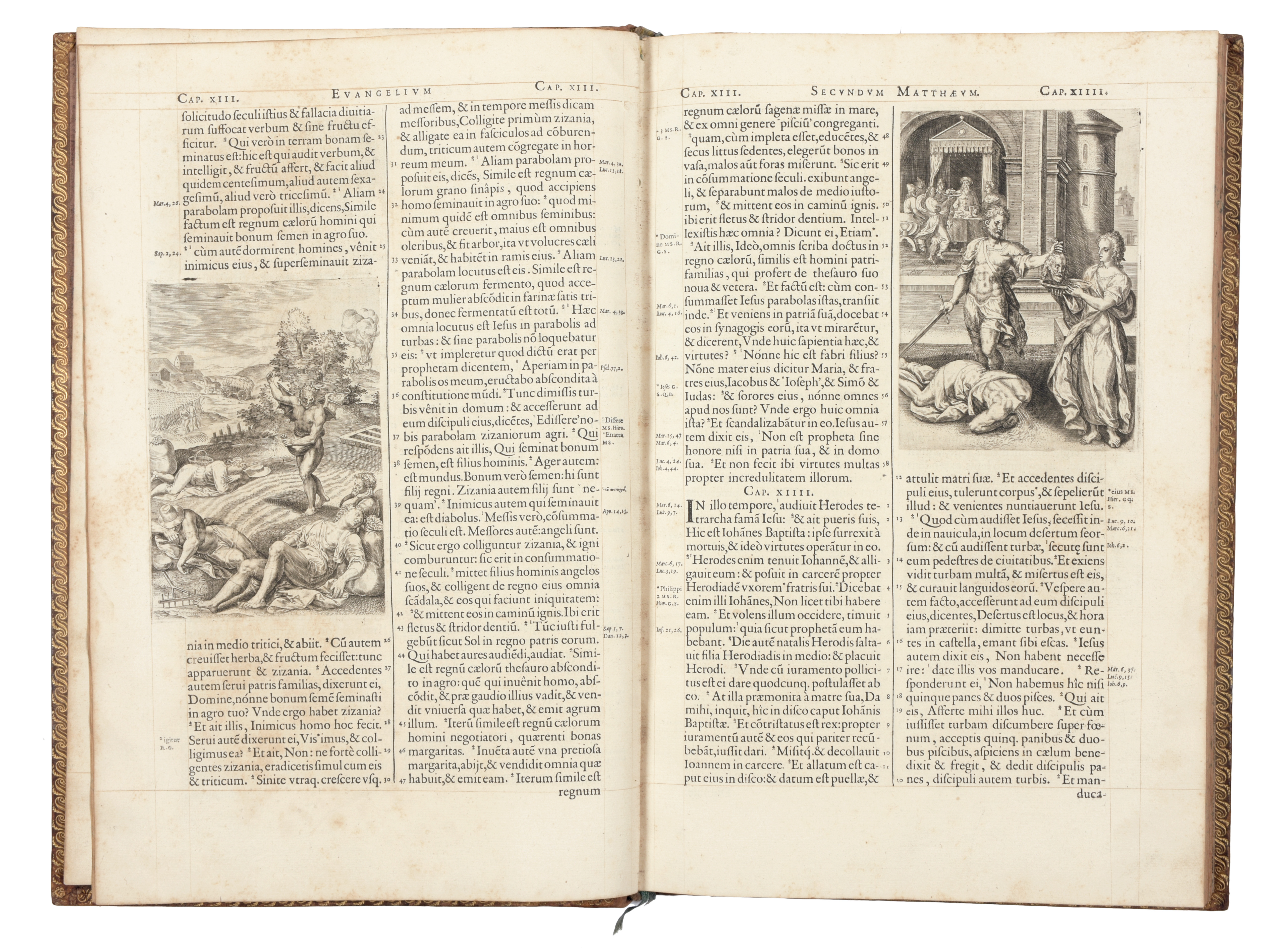 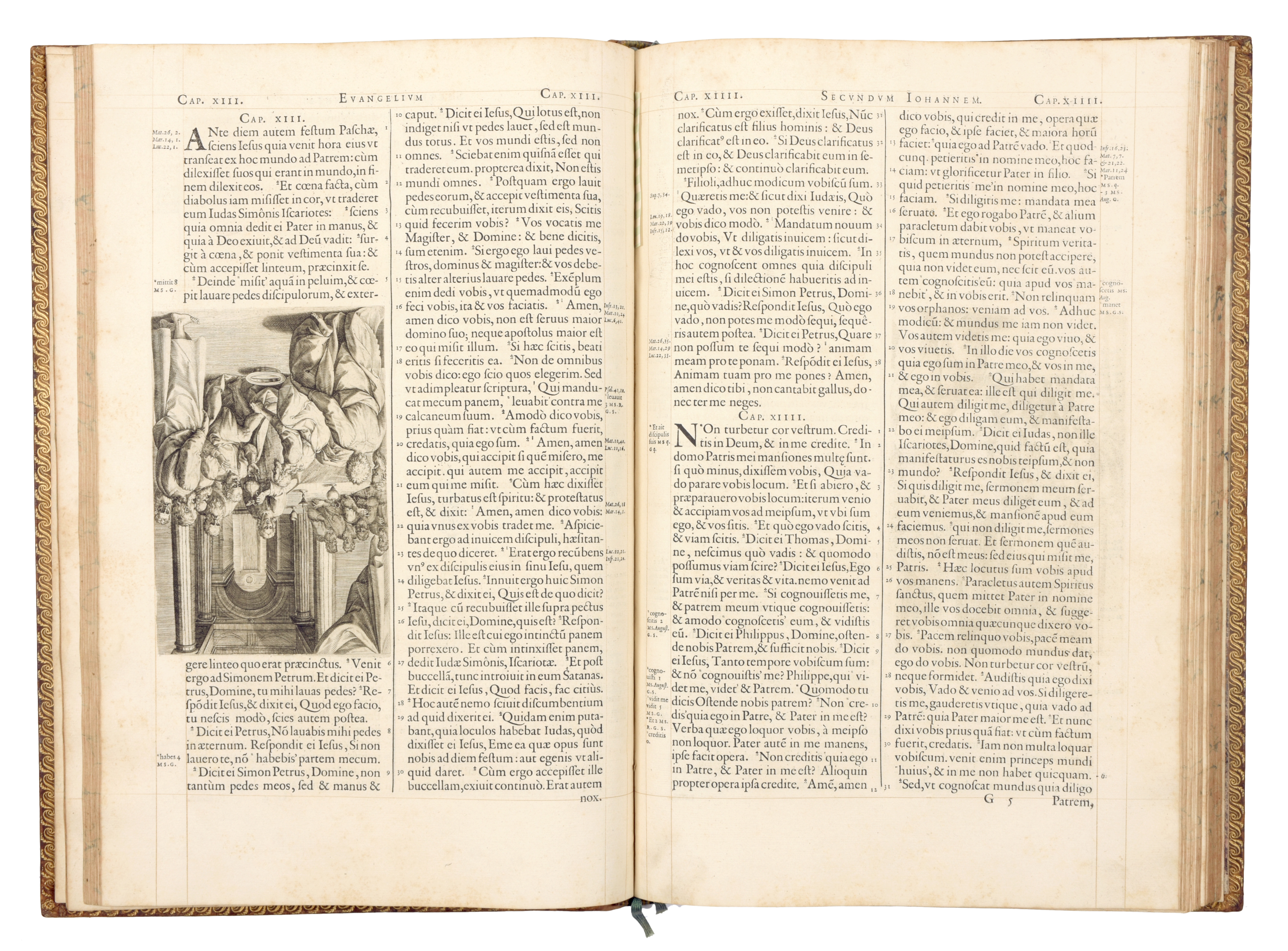 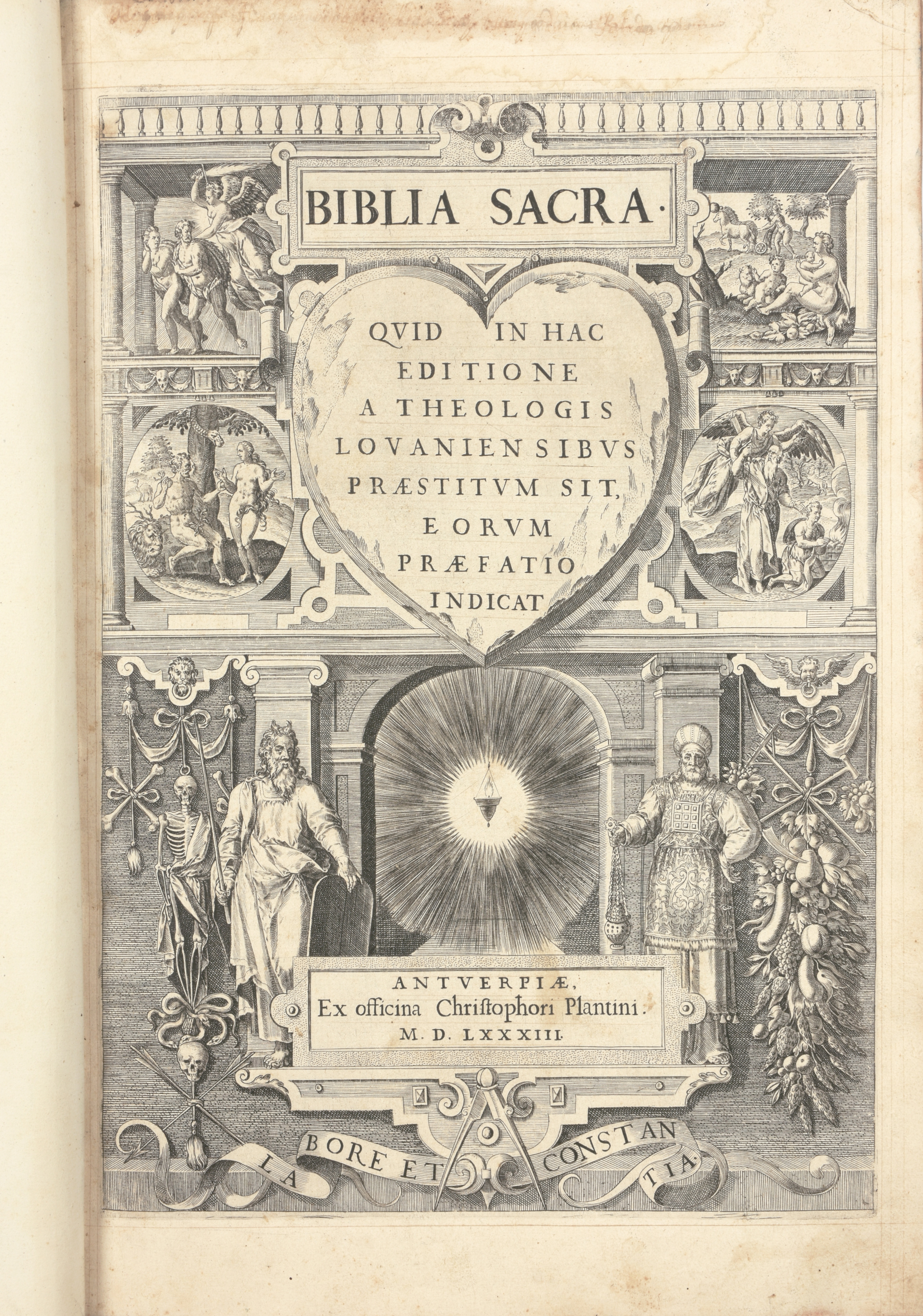 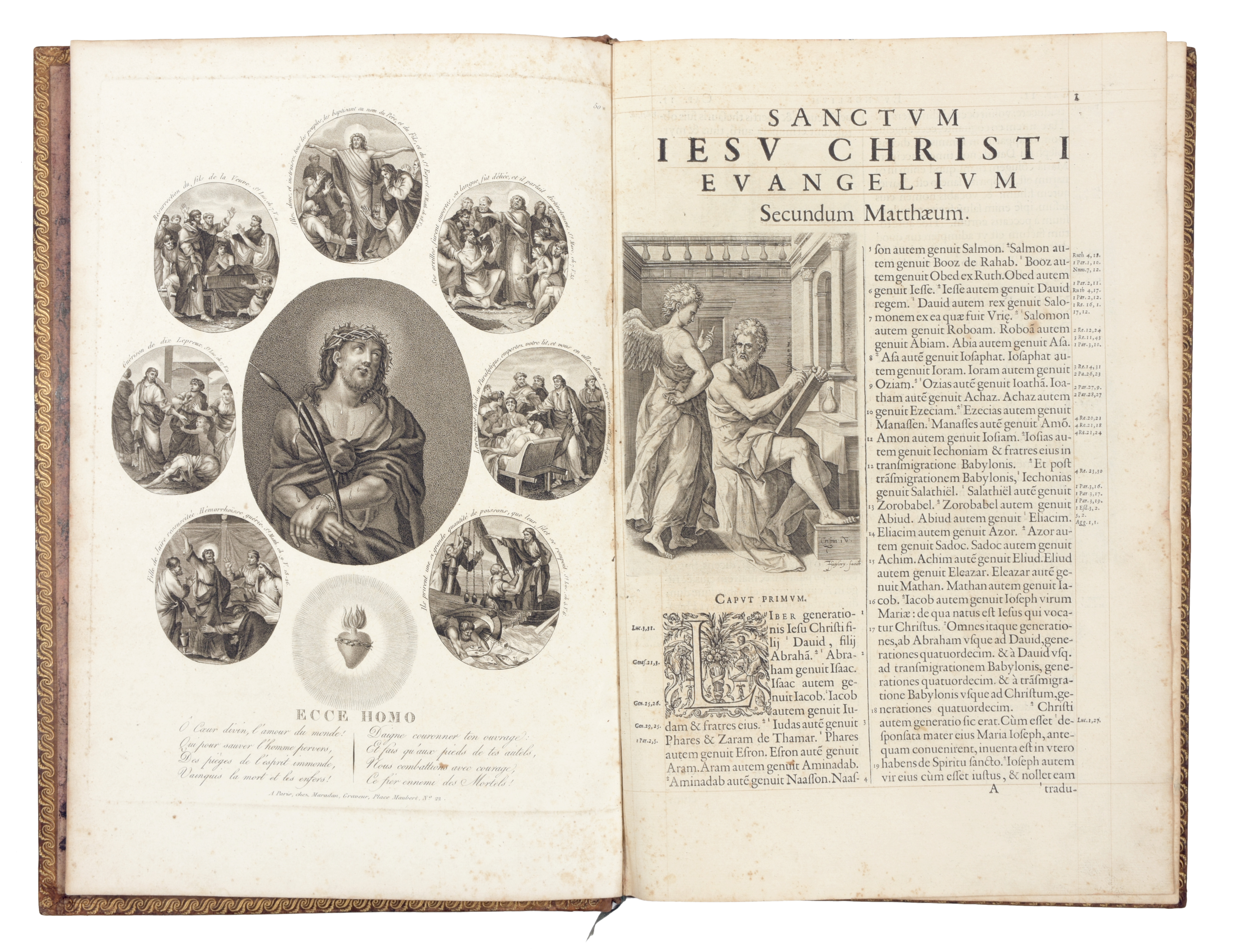 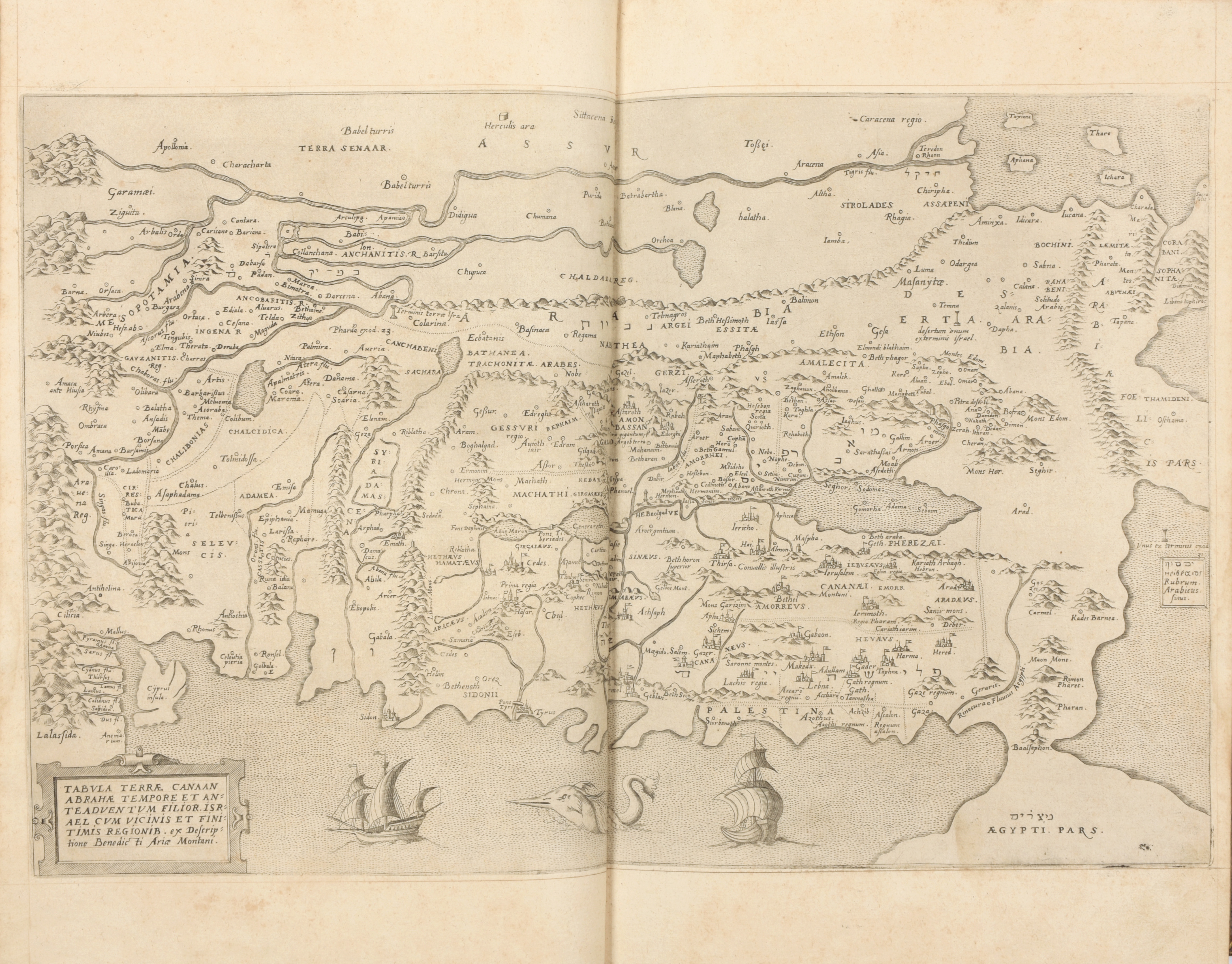 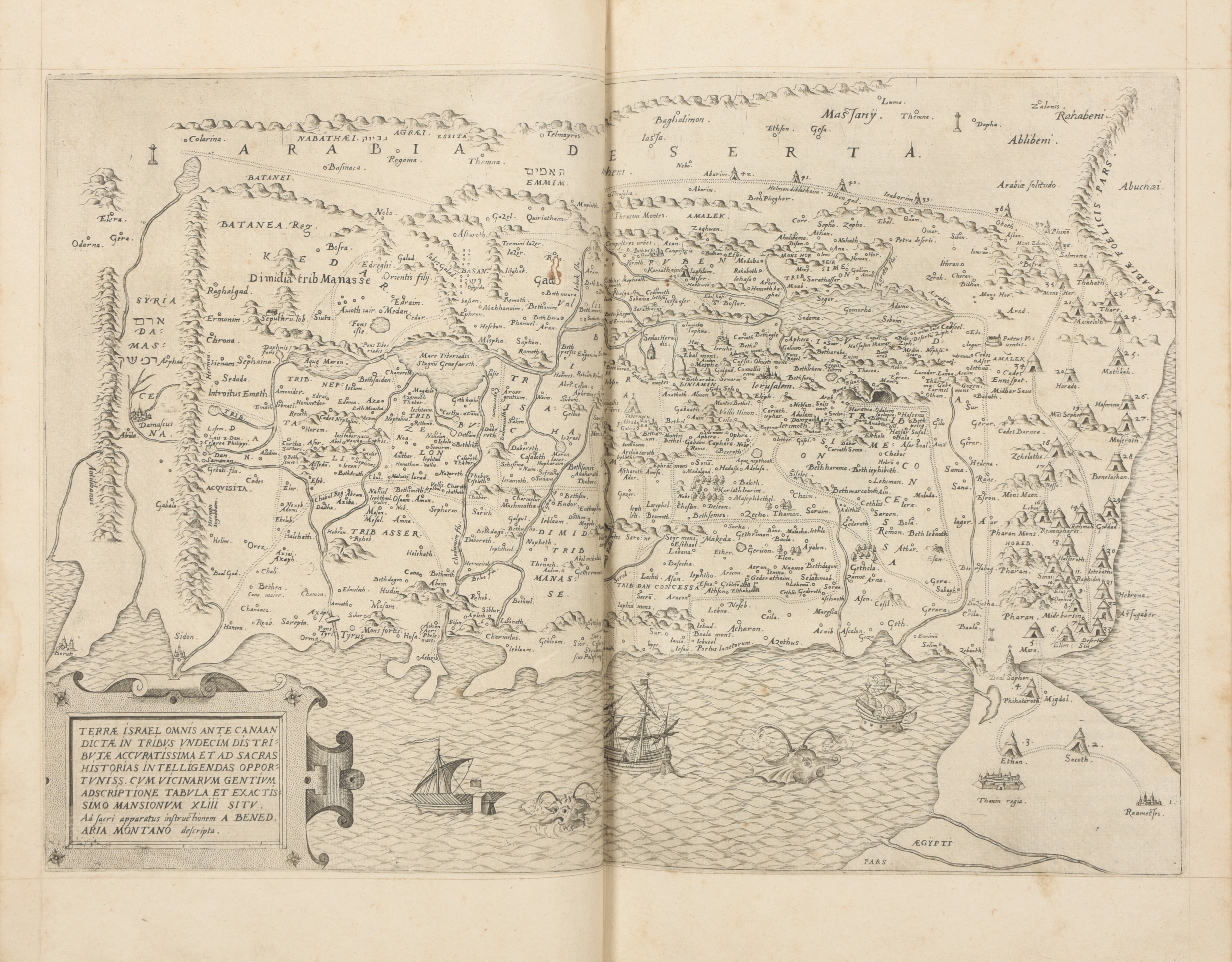 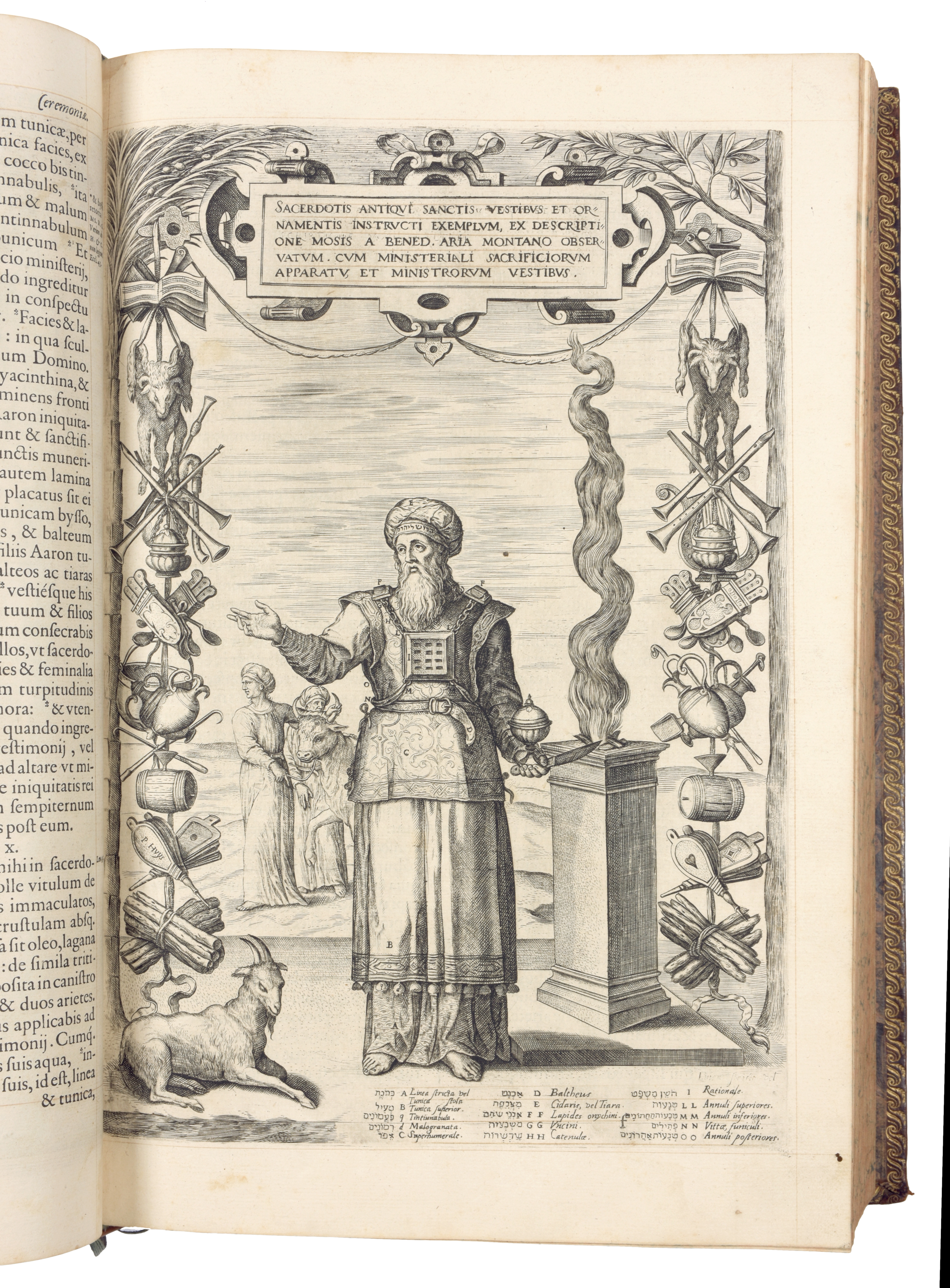 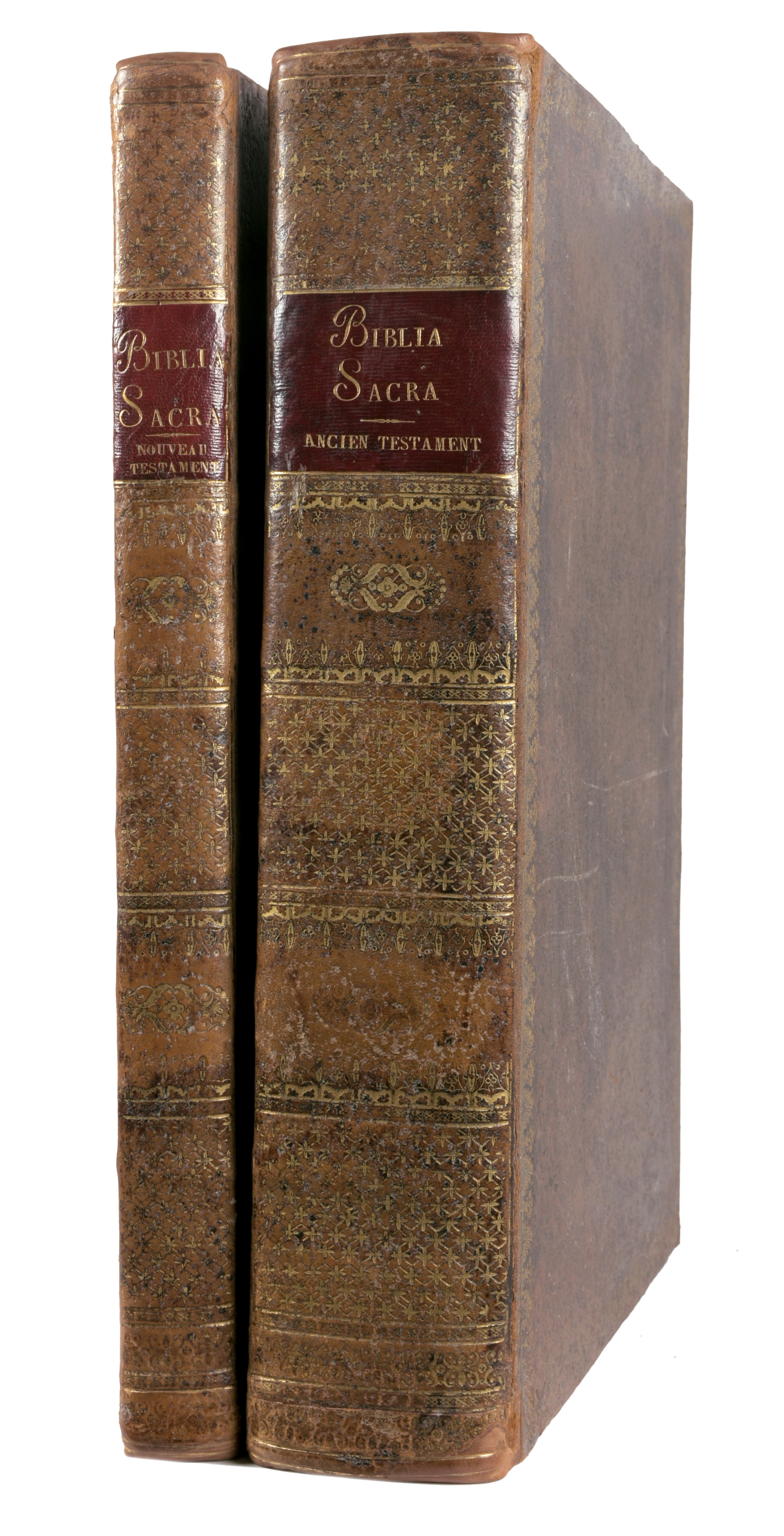